I thought I might continue to praise this ground-breaking series by talking about some favourite episodes from the second season. As before, I am not necessarily saying these are the best episodes, only favourites of mine.

“The Howling Man” starts with a man remembering the past, which is very gothic – night, a storm, a creepy castle. A man in trouble goes looking for help, to be greeted by monks who are decidedly unfriendly. They demand he leaves, but are forced to shelter him when he passes out. From somewhere in the castle comes the sound of howling. Our hero finds a man in a cell, a prisoner of the monks. He claims to be an innocent victim, though he turns out to be anything but. The hero eventually frees the man, to disastrous consequences.

As a long time fan of Hammer horror, it almost seems in this episode as if one might expect Christopher Lee in Dracula attire to turn up at any moment. I loved the vibe of the episode, the protagonist experiencing claims that seem ludicrous, and finding out just how real they are. I also enjoyed the very ‘Twilight Zone’ ending – the hero atones for his mistake, only to have history repeat itself. 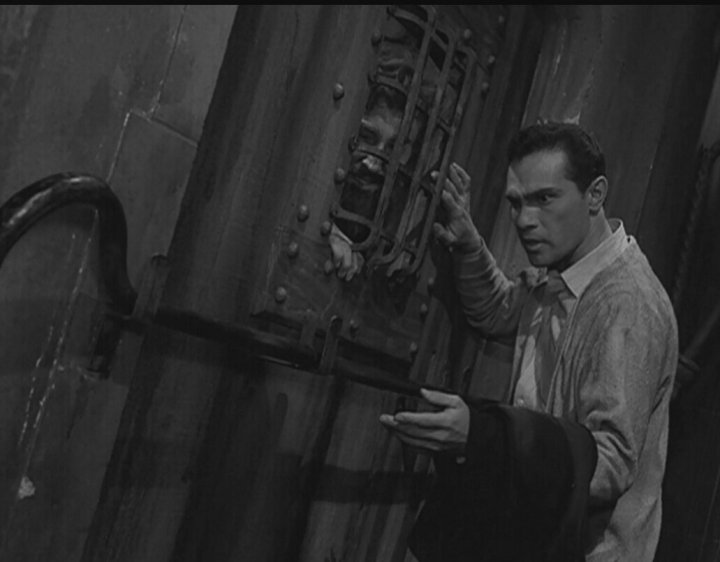 “Nick of Time” involves a couple stopping off in a small town. In a diner they find a small fortune telling machine on their table – inserting a coin produces a fortune on a card. For a joke the man (played by William Shatner) tries it, to have a prediction that seemingly comes true. He tries it again and another prediction comes true. He becomes more excited and obsessed with the machine, while his wife is frustrated and scared by his behaviour. She eventually gets him to see that living his own life is better than following some pre-ordained pattern set by a machine, true or not. As they leave, another couple enters the diner, and it seems they have been completely sucked in by the predictions of the machine.

I like stories when there is a level of ambiguity. Here there is no real certainty whether the device has any supernatural abilities or not. It’s messages are subject to interpretation, and as the man becomes more obsessed he could be said to be succumbing to confirmation bias. The couple at the end may have completely succumbed to it. However, this is ‘The Twilight Zone’ and spooky things do happen. The real message, of course, is that people will often live their lives according to instructions from others instead of making their own way, and can be harmed by it. I very much enjoyed that question in this episode, and others like it, of whether the problem is in the apparently sinister events, or in the mind of the protagonist.

“A hundred yards over the rim”

A man leading a wagon train in the nineteenth century is desperate. They are low on food and water, and his son is very ill. He leaves the train to scout ahead, crossing over a ridge, only to discover a road, power lines, and a truck that nearly hits him. His gun goes off, grazing his arm. He comes across a service station, where the owners give him water and first aid. The woman there has penicillin tablets, which she gives him to ‘prevent infection.’ He is surprised to see the date on a wall calendar, and they believe him crazy when he tells them his story. The protagonist has taken note of the service station owner talking about a nearby water source, and he has found a reference book with what he believes is his son’s name in it. Convinced he has been given this opportunity to save his son’s life, the protagonist takes the penicillin and leaves, having to escape from the sheriff who the station owner has called. He drops his rifle before he crosses the rim, disappearing from the sight of his pursuers, who find the gun, now a century old and falling apart. Meanwhile, the hero returns to his wagon, gives medicine to his son, and then leads the group towards the water source he heard about.

There are a few things I like about this – I am rather fond of time travel stories, if done well, and this hold together very well. I liked the fact that it is told from the nineteenth century man’s point of view. I particularly liked that the protagonist is really smart. He understands what has happened and doesn’t panic. He picks up on the information around him – the calendar, the tablets, the information about water. He actively searches for information by looking in the book. He takes action, doesn’t dawdle, and so is able to return safely to his family and save them. He is a great hero, and it makes this a great story.

“Shadow Play” starts in a court room, where a man is found guilty of murder and condemned to death. The defendant reacts to this by laughing hysterically and telling anyone and everyone that he is dreaming and if they execute him they’ll all cease to exist. A few of the people around him start to doubt themselves, questioning their own apparently perfect lives, and the logical inconsistencies that the prisoner points out to them. He says he’s had the dream before, and it always goes the same way. The district attorney is finally convinced that either the prisoner is either right or crazy, so attempts to get a stay of execution. He is too late, and the world winks out. Then the prisoner is back in the courtroom, with the same scene being played out, though the familiar faces are now in different roles.

There’s a 1945 film called ‘Dead of Night’ which is an anthology movie with a framing plot where a man tells some people he’s just met that he’s seen them before in a recurring dream, taking place in exactly the same way, with him coming to a house and meeting them. It’s a horror movie, so naturally things take a downturn from there. I think this episode must have taken some inspiration from there. This episode has a real creepy vibe, a sense of inevitability in it’s progress, with the prisoner unerringly predicting everything that is going to happen. Never mind a recurring dream, he seems to be trapped in a hellish nightmare from which there is no waking up. I like it because it’s quite spooky. 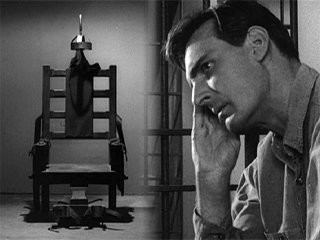 “The Obsolete Man” – I’m going to break my rule here, and insist that this is one of the best ‘Twilight Zone’ episodes. It stars Burgess Meredith (in one of four ‘Twilight Zone’ Appearances) as a man brought before a chancellor in a dystopian society. He is judged to be ‘obsolete’ because he is a self-proclaimed librarian, even though there are, as the chancellor states, no more libraries. He also believes in God, which is also declared proof he is obsolete, as the state has proved there is no God. He is allowed to choose the manner of his execution, and he requests an assassin, in his own home, and for the execution to be televised. He asks the chancellor to visit, and the chancellor, curious, attends. The librarian tells him that a bomb will go off at midnight, and then adds that the door is locked. He tells the chancellor that as everything is being broadcast, the state won’t rescue him because it would look bad, and the people get to see a far more interesting death than a mere librarian. The librarian reads aloud from an illegal Bible while the chancellor becomes more and more fearful, ultimately breaking down and begging to be set free. The librarian produces a key and lets him out, moments before the bomb goes off. The chancellor returns to his headquarters, only to discover that his cowardly display has resulted in him being declared obsolete, and he is dispatched by the onlookers.
This episode is powerful, compelling, rivetting from start to finish. Meredith is brilliant as the protagonist, a faithful and educated man standing up against a totalitarian state. His manner of obtaining a meaninful death, and in so doing showing the worthlessness of those in charge, as well as sharing God’s word with people who had probably never heard it before, is absolutely brilliant. He releases the chancellor ‘in God’s name’ and conducts himself in a Christian way throughout. The episode holds a great deal of meaning in this day and age. Totalitarianism idealogy is creeping into many countries, and is something that needs to be resisted. I cannot praise this episode enough, for its acting, script, direction (including some sets with a distinctly German Expressionist vibe), and a powerful message. The episode ends with Rod Serling’s closing words:

The chancellor, the late chancellor, was only partly correct. He was obsolete. But so is the State, the entity he worshiped. Any state, any entity, any ideology which fails to recognize the worth, the dignity, the rights of Man…that state is obsolete. A case to be filed under “M” for “Mankind” – in The Twilight Zone.